skip to main | skip to sidebar

The backlash is coming

From Moose in the Yard

At least 74 million Americans voted for Trump. They are not ‘loons’, despite what Bill Maher or Katie Couric thinks. Neither are they ‘brainwashed.’ Nor do they have a ‘cult-like adoration’ for Trump. Of course, every movement has its fringe, but the millions who comprise the Make America Great Again movement are, in no way, a passing parade of wackos.

You may believe they are going away. You may be convinced that CNN and ABC are right when they talk about ‘deprogramming and cleansing Trump supporters.’ If you want to follow the leftist Hollywood stars who today vilified Trump voters, go ahead, but you can never say you were not warned.

74 million people is an enormous group to insult and threaten. To question their sanity is, in itself, insanity. Labeling them as extremists only shows your extreme ignorance.

Above all, consider this: there will be a backlash, and I will explain why, in a moment. What you must understand is that the very first victims of this backlash will be Joe Biden and Kamala Harris. For obvious reasons, I should not even be letting this out of the bag…but railing against Trump supporters will make it impossible for Biden to succeed.

Joe: you will be hampered every step of the way if you keep attacking Trump people.

At first there will be a lull. Trump will go golfing and folks will hang up their MAGA hats. For the moment, corporations and banks will give in to woke threats and ban products and try to cancel folks like Mike Lindell, the My Pillow man, for supporting Trump. And, at first, that will work.  But then, look out.

Remember when the LGBTQ people tried to put Chick-fil-A out of business, and soon the opposite happened, as folks lined up for hours to buy their food? The same will happen to Bed Bath and Beyond and Kohl’s—but in reverse, for banning My Pillow products. And, it will happen to any corporation that tries to cancel Trump voters.

By attacking them, Democrats are in reality galvanizing an intelligent group of people to act as a single unit. These are not hayseed, backwater buffoons. These are educated business owners. These are middleclass families with deeply held beliefs. They are black and brown people who were faithful Democrats, but who saw the light and left the plantation.

All these people have one thing in common: they came by their convictions slowly and deliberately. That means you will only motivate them when you insult them for being racists, cultists and Nazis. Because they, more than anyone else, know how big a lie those insults are.

74 million people who will not let an issue go is a Congressman’s worst nightmare. They can run, but they cannot hide. And if they want to be reelected, they had better listen.

74 million people remember who closed all those small businesses, and why.

Go ahead and enjoy the lull. Repeat this mantra over and over to yourself, until you believe it: “It was a fair and free election, and everyone believes it.” Everyone, that is, except the 100 million Americans whom the polls show don’t believe it.

Go ahead and keep lying about millions of citizens who are not brainwashed, stupid or fickle.

Go ahead and underestimate us. That will be remarkably interesting…

Counting illegals will give Texas up to three more House seats.

“Texas was one of the many states whose legislatures Democrats expected to gain in the 2020 election.  Their anticipated ‘blue wave; didn’t happen; instead, Republicans made significant gains at the state level, granting them a significant advantage in redistricting.

“Texas has almost 2 million such residents out of nearly 30 million — enough extra people to bring billions in federal largesse over the next decade, and add considerably to its clout in the U.S. House.

“’Don’t get me wrong, I support President Trump and I appreciate what he was trying to do, but this is good for Texas,’ said state Rep. Phil King, a Weatherford Republican who chaired the redistricting committee the last two years. ‘It probably means the difference between getting one and three new congressional seats.’” 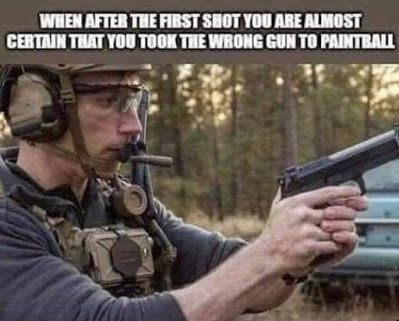 Posted by SgtBob at 6:45 PM No comments:

Where is the fact checking?

"As if it's not enough that he sent an angry mob down the mall to invade the Capitol, didn't try to stop it and a police officer was killed. I don't really know what else you need to know," she explained. "The facts were there, we saw it right there on the platform during the inauguration as you can still see the spray paint at the bottom of many of the columns." – Minnesota Sen. Amy Klobuchar on precedent for impeaching a former president.

Proof, Senator. Proof. Oh. That’s just another Democrat lie? The Democrats lied about President Trump? Should not those people be punished for lying? “Do not tell a lie,” parents tell children. Become a Democrat, disobey that rule and maybe you can get a high elected job.

I am consistently amazed at Democrats who believe I am as stupid as they are, that they are convinced I will believe lies as easily as they do.

From The History Blog.

The image of a wild pig on a cave wall in Sulawesi, Indonesia, has been dated to 45,500 years ago, making it the oldest known cave art animal in the world. The life-sized Sulawesi warty pig (Sus celebensis) was painted in dark red ochre on the limestone wall of Leang Tedongnge cave. It was outlined in profile and filled in with lines and dashes. There are two hand stencils over its hindquarters.

The pig was able to be dated thanks to a coralloid speleothem, a tiny calcite deposit known as cave popcorn, on one of its hind legs. Researchers chiseled the calcite from the wall and conducted  uranium-series isotope analysis on extracted samples. The results found the pig was at least 45,500 years old, and very likely older given the time it must have taken for the speleothem to form.

And take no prisoners 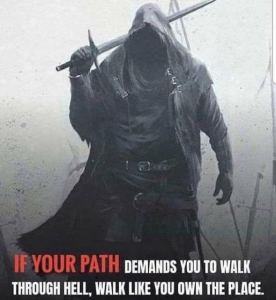 Posted by SgtBob at 9:59 AM No comments: 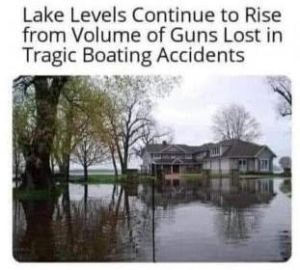 Posted by SgtBob at 9:57 AM No comments: