skip to main | skip to sidebar

“In a study published in Nature Astronomy on Wednesday, a group of astronomers revealed that a mysterious bright flash observed earlier this year in several telescopes across the planet most likely came from the business end of an ultra-massive black hole called a blazar.”

Posted by SgtBob at 8:25 PM No comments:

My wife and I kept our daughter’s dog while she was deployed. I took the dog to a Dogs R Us for a veterinarian appointment. As I was paying for the work, the cashier said, “You’ve got your baby.” I said, “It is a dog.” She got all embarrassed and said, “My bad.” That was Strike Two. She said nothing else, thereby avoiding Strike Three.

An internet posting for a “lost baby.”

Bull shit. It’s a dog. Anybody who says his/her dog is just like my children needs to see a shrink.

Posted by SgtBob at 7:40 AM No comments:

So we don't get too serious 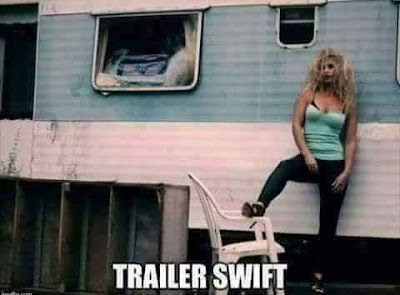 Posted by SgtBob at 7:12 AM No comments:

Every kind of war

“In these stories I’ve been translating what I learned in 1970 with the 11th Armored Cavalry Regiment in Viet-Nam and Cambodia.

“We – the Blackhorse – were an elite unit. I was very fortunate to have  been assigned to a regiment in which you never had to worry if the guy next to you was going to do his job; he was, and so were you – whatever you thought of war or The War or our Vietnamese allies. (Generally the answer to all those questions was, “Not much.”)

“The flip side was that the distinction between the categories Not Blackhorse and Enemy got blurred. We didn’t view our job as winning hearts and minds: we were there to kill people and then go home. And we didn’t much care about the cost of victory so long as somebody else was paying it.”

“That’s something civilians ought to consider long and hard before they send tanks off to make policy. Because I can tell you from personal experience, it isn’t something the tankers themselves are likely to worry about.” -- David Drake, "End Note to The Day of Glory," Other Times Than Peace.

Someone somewhere wrote that after Tet ’68 you could ask any 19-year-old grunt why he was in Vietnam, and the answer always was, “To kill gooks.”

That is simplistic. Any American in any branch of service, his job was to kill gooks, if not directly, then administratively, freeing trigger-pullers from the mundane things that make an army work. A Combat Arms Company Clerk’s job was to keep up with promotions, assignments, transfers and etc. so a soldier could go about the business of killing gooks. A cook’s job was to prepare and serve hot meals to trigger pullers so they would be of good physical and mental standard when killing gooks. A finance clerk’s job was to ensure trigger pullers were paid on time and in the right amount of money so his emotional standards remained high and he could kill gooks. This goes for any MOS, whether Stateside or In Country. Every soldier’s job is to support that guy with the rifle or machine gun or grenade launcher, that guy walking along a rice paddy dike or on a dusty mountain trail or down a village street. No matter a soldier’s written job description, his overall job is to kill gooks, whatever the definition.

Posted by SgtBob at 6:36 AM No comments:

“The FJB Administration is in the process of apportioning unspent Covid trillions to refilling the Strategic Petroleum Reserve at $80/barrel. These are the same donkeys who foamed at the mouth when President Trump wanted to fill it at $24/barrel.”

I could not find any backup stories, but Google isn’t likely to have anything remotely critical of Biden.

Posted by SgtBob at 6:32 PM No comments:

Not making any jokes

My wife and I were visiting one of her cousins in Shreveport, La., a few years back. J was born and raised in western Arkansas, not far from Oklahoma. During a conversation, J said, "I got my first full set of dentures two weeks after President Kennedy was shot." I did some quick math and figured, Dude! You were 23 years old! And it was your first full set of dentures? Dang.

Posted by SgtBob at 6:16 PM No comments:

Honk if you have seen this movie

“San Francisco authorities proposed a new ‘dystopian’ policy heading for approval next week that would license department robots to kill suspects who threaten the lives of citizens and police officers in the crime-ridden city.

“San Francisco Police Department (SFPD) drafted the blueprint for officers to use its military-style weapons, which includes 17 remote-controlled robots available in its inventory that are typically used for defusing bombs or surveilling areas too difficult for authorities to access.

“’Robots will only be used as a deadly force option when risk of loss of life to members of the public or officers is imminent and outweighs any other force option available to SFPD,’ the policy reads.”

Was a time Hollywood envisioned killer po-leece robots as tools of vast right-wing conspiracy keep POCs in their place companies. Now, we have one of the most liberal Progressive queer-friendly cities in the country advocating metal killers. “Danger, Will Robinson! Danger! Danger!”

Posted by SgtBob at 6:45 PM No comments: